Over the years, the planet has been suffering from increased pollution and changes in ecosystems caused by humans. And both animals and men have been facing the consequences. Pollution statistics are alarming. The human being is, by itself, an animal full of disgusting quirks and that usually pollutes the habitat of other living beings, without thinking about the consequences that this can generate and how this pollution can come back and harm it. 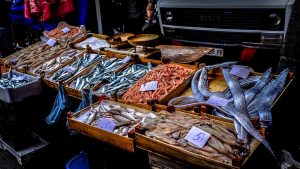 And the footprints left by humanity do not disappear easily. As shown in the Netflix documentary, “Seaspiracy”. The production exposes the dark side of the fishing industry and has caused a lot of controversy since it debuted. One of the most shocking statements in the documentary is that, because of fishing, all the fish in the sea will have disappeared by 2048.

To find out if this statement is really true, eight experts in fisheries science, marine science and ecology were consulted. Of those, seven responded that it is “extremely unlikely”.

According to Ali Tabrizi, the documentary’s director and narrator, “if current fishing trends continue, we will see oceans practically empty by the year 2048.” The claim has been repeated on several news sites since the first time it was made in 2006. But where does this claim come from?

It came from an article published by Boris Worm and his colleagues in 2006. In the article, they looked at declining marine populations and species. With this, they found that the loss of marine biodiversity has major effects on the ecosystem.

And in one sentence in the final paragraph they say that “the current trend is of great concern because it projects a global collapse of all currently fished rates by the mid-21st century.”

However, Michael Melnychuk, an expert in fisheries science at the University of Washington, points out some problems with this prediction made in 2006. According to him, “the authors’ definitions of ‘collapse’ are based on capture data, but these do not necessarily reflect the abundance of fish populations”.

Furthermore, Melnychuk points out that the method the authors used to extrapolate the data into the future was unrealistic. 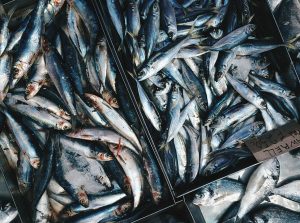 In addition to these two experts, there were also several scientific publications strongly criticizing this 2048 prediction for the same reasons highlighted by Melnychuk. But unfortunately the statement kept circulating.

And Melnychuk says the forecast for 2048 is inaccurate because “it assumes our hands are tied and these trends will continue indefinitely.”

However, all experts agree with the documentary that overfishing is a very serious problem. And University of Florida Fisheries Science expert Holden Harris says, “Today, it’s likely that 1/3 of the world’s fish stocks are overexploited or depleted. This is certainly a problem that deserves widespread concern”.

And Alec Christie, a marine biology expert at the University of Cambridge, goes on to say, “We all agree that your message about the ecological damage of industrial fisheries is an urgent issue, but we need to present facts, not fiction, and come together, build consensus and use rational arguments to convince people to change”.

Oceans May Run Out of Fish Until 2048

This is a leading entertainment group in for sports, family and wellness vacations. The group includes holiday resorts that are individually managed of personal hospitality, regional roots and peaceful vacations with family or friends.